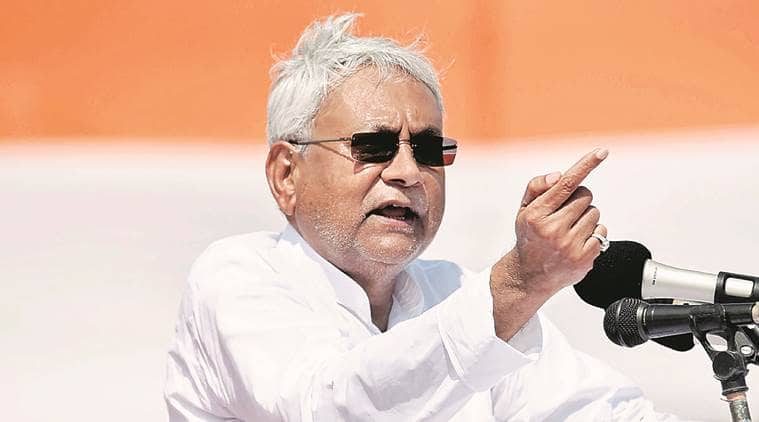 In a veiled attack on the opposition RJD, Bihar Chief Minister Nitish Kumar has said youth, these days, enter politics by virtue of their family background to “serve their own interests”. Addressing a congregation organized by the students’ wing of Janata Dal (United), of which he is the national president, Kumar on Thursday urged young men and women to enter politics for “seva” (service) and not “meva” (pelf).

“Mahatma Gandhi had spoken about seven social sins, one of which was politics without principles… You people are the future of the nation and therefore need to keep Bapu’s lesson in mind. Politics should be done for seva, not meva,” the chief minister said.

On several occasions in the past, Kumar had charged Rashtriya Janata Dal (RJD) president Lalu Prasad and his son Tejashwi Yadav of “pursuing politics for personal gains”. He also termed the opposition party a “family political asset”.

“There has been deterioration in the quality of public discourse as people enter politics not by virtue of their aptitude but family backgrounds. They end up serving their own interests instead of serving the society and the country,” Kumar said without mentioning any party or leader by name.

The CM, on the occasion, also spoke about efforts made by his government for improving the standards of education. He announced that “Pataliputra School of Economics”, inspired by London School of Economics, would be set up at the Aryabhatta Knowledge University here.

Underscoring the various steps taken by his government to increase enrollment of girls in school, Kumar also assured the youth that he would continue his fight to eradicate social evils of child marriage and dowry from the society.

Famine in Ethiopia Becomes Worst Hunger Crisis in a Decade