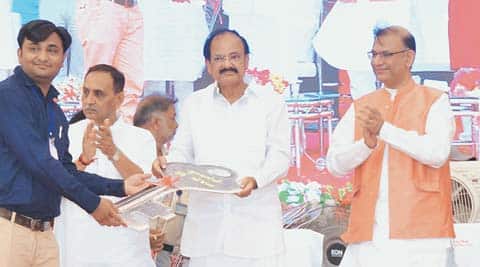 While Naidu and Mathur each got 42 votes, BJP’s other two candiates Harsh Vardhan, a member of erstwhile Dungarpur royal family, and Ramkumar Verma, a retired RBI official, secured 40 each. In order to win in Rajasthan, a candidate needed 40 votes.

Of the total 200 members in the Legislative Assembly, 199 voted in the polling which was held from 9am to 4pm.

BSP MLA B L Kushwah, who is in judicial custody in a murder case since October 2014, was not allowed by the Rajasthan High Court to cast his vote.

BJP has 160 MLAs followed by 24 of Congress, 4 of National People’s Party, three of BSP, two of National Unionist Zamindara Party and seven Independents.

BJP was expecting the support of two legislators of National Unionist Zamindara Party and four independent MLAs and secure a combined tally of 166 votes for its four candidates but figure stood at 164.

20 Signatures To Spice Up Your Emails

Lorde Brings the Heat in Music Video For “Solar Power”

Lorde Brings the Heat in Music Video For "Solar Power"

In pictures: Looking back at Trump on the world stage.